An interview with celebrated short story writer and novelist T.C. Boyle after the publication of his second volume of collected stories, in 2013. DJB writes the following introduction. 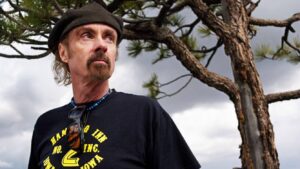 One of America’s most consistently adventurous fiction writers, Thomas Coraghessan Boyle, recently turned seventy-three. Born (Thomas John Boyle) and raised in Peekskill, New York, his first book was Descent of Man, a story collection written while a Ph.D. candidate at the University of Iowa Writers’ Workshop, and published in 1979 when he was thirty-one. Boyle describes the absurdist title story as “a love triangle between a female primatologist, her exceptionally brilliant and charismatic charge, and the pedestrian man she lives with.” Ever the eco-aware writer, T. Coraghessan Boyle, as he renamed himself after a maternal ancestor, drew in his first book an absurdist picture of “animal-consciousness experiments,” such as one which sought to discover if monkeys living in human households could learn human language.

A lifetime of work later, 2021, T.C. Boyle, as he re-renamed himself likely because hardly anyone could pronounce or spell Coraghessan, published his twenty-ninth book of fiction, Talk To Me, a novel which circles all the way back to his first book of stories. “I return to the concept of that triangle,” Tom says, “but in a way that enables me to dig more deeply into the ethics of such experiments and explore how the animals under this regime might be feeling.” 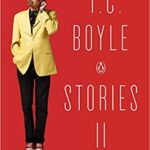