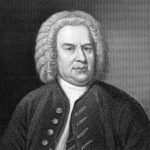 The apparent ease with which Bach creates a sense of unity within diversity can bring a smile to a stone heart. For Bach, the concept of a concerto stressed accord rather than conflict. The soloists play with the orchestra, not against it. He used Vivaldi’s concertos as models for conciseness of rhythm, sequence of modulations, and how to write for the violin “singably,” said Bach, who was an accomplished violinist, so that the soloists never appear to wrestle with their instruments.

The first proud theme is presented by the second violin, in unison with the orchestra. The first violin enters with the main theme. The rest of the movement has the violins speaking to the orchestra players who respond as one. The result is an intimate interplay not unlike chamber music.

The heart of this revered work is a middle movement fugue, which is a Siciliana of great beauty. “A true pearl of noble, heartfelt song,” said Bach scholar Spitta. The philosopher Marcel heard the Siciliana for the first time while in the Louvre, and wrote that he had discovered “a new road to Damascus.” The themes are spun together by the violins as the orchestra stands by agape with harmonic support.

The last movement is a whirlwind of wild tutti and violin interjections, though the whole contrapuntal frenzy is momentarily arrested by a haunting final melody.

Bach wrote the Double Concerto, as it is known, during happy years as kapellmeister to Prince Anhalt-Cothen’s court. According to Bach, the prince liked and understood music, and sometimes joined the court orchestra with his viola da gamba. Bach’s duties called for a great abundance of orchestral and chamber music. His Brandenburg Concertos also came from this time.