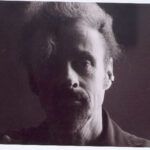 Winner of The Bernard Malamud Prize in Short Fiction from the PEN/Faulkner Foundation for his first volume of collected stories, T.C. Boyle visits with DJB after his second collected stories are published. Among Boyle’s many honors are three O. Henry Awards, induction into the American Academy of Arts and Letters, and the Ross Macdonald Award for body of work by a California writer.
Click here. 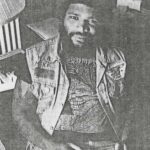 Pittsburgh’s Mad Mike comes under interrogation by DJB, one December night in Steel City. Mad Mike, something of a Man About Town in certain underground quarters of the ‘Burgh, fields such questions from Dennis as “How do you meet women?” and “What do you think of Jesus?”
Click here. 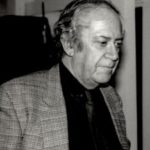 Listen to what DJB describes as “my most terrifying half-hour on-air,” as he goes toe-to-toe with the Los Angeles Philharmonic’s executive director, live backstage at the Hollywood Bowl, during the 1984 Olympic Arts Festival. At issue: André Previn’s whereabouts.
Click here for audio. 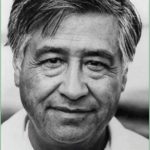 Dennis Bartel interviews the leader of the United Farm Workers Union and asks, “You know of course that despite all that you’ve done over the years, there are a lot of people who hate you. Does that wear on you, or perhaps does it strengthen you?”
Click here. 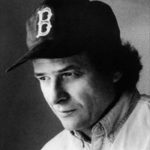 Widely considered among the finest war novels, The Things They Carried has carried Tim O’Brien from the jungles of Vietnam to the summit of American Letters. He discusses the book with Dennis Bartel, on the occasion of its 20th anniversary.
Click here for audio. 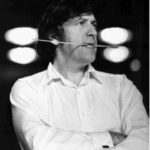 Hear one of the key figures in post-war American music and the driving force behind Third Stream Music. The composer, conductor, horn player, music historian Gunther Schuller is heard in conversation with James Bartel, and speaks of playing in the Met Opera orchestra then rushing out into the New York jazz scene, and more. Schuller always managed to keep his feet planted firmly on both classical and jazz turf. In addition to the deep love & respect of thousands of musicians, Gunther Schuller also received a MacArthur Genius Grant, a Pulitzer Prize, and was named by the Library of Congress a “Living Legend.”
Click here for audio. 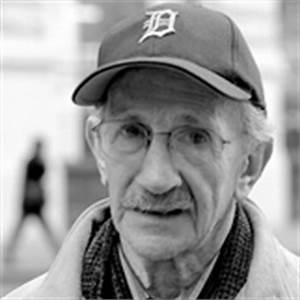 As the ’80s open, Dennis Bartel speaks with a poet who gave eloquent voice to the American working class. Levine speaks of his native Detroit, and “bullshit cities” like Laguna Beach. Their long talk ranges from Levine’s teacher at Iowa, John Berryman, to the difficulty of staying true to one’s values under the worst conditions. The conversation took place years before Levine became Poet Laureate of the United States. He is open and frank about some of his contemporaries. He tells Dennis, in this never previously heard interview, how he envisions a marriage made in heaven between Charles Bukowski and Edna St. Vincent Millay.
Click here for the audio. 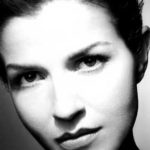 James Bartel teams up with the Recording Academy to be part of its annual saturnalia of self-congrats, The Grammy Awards. Hear James interview the renowned German musician about her nominated cycle of the Beethoven Violin Sonatas.
Click here for audio. 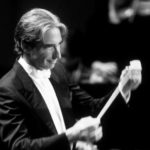 Also joining James for the Grammy flex is conductor Michael Tilson-Thomas, who in 2000 was a three-time nominee for his recording with the San Francisco Symphony of The Firebird, the complete ballet. MTT speaks of the difference between conducting Stravinsky’s music compared with conducting Beethoven’s. Also, see a photo of Michael & Igor backstage together, pre-concert.
Click here for the audio. 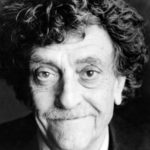 Standing at the center of the anti-war movement on college campuses, Kurt Vonnegut’s Slaughterhouse-Five explained the meaningless of death in three words: “So it goes.” Two decades after the last Jolly Green Giant helicopter lifted off from atop the U.S. Embassy in Saigon, Vonnegut’s Tralfamadorian philosophy of death had taken root in mainstream America: “All moments, past, present, and future, always have existed, always will exist. Now, when I myself hear that somebody is dead, I simply shrug and say what the Tralfamadorians say about dead people, which is ‘So it goes.'”
Click here for more. 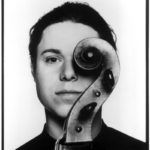 James Bartel interviews the Israeli-American cellist who after making it in the big time on the world’s classical concert stages has taken classical music into bars, coffee houses and clubs, where he co-joins it with music of Akoka, Led Zeppelin, and Isang Yun.
Click here for the audio. 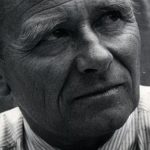 The legendary British writer, who lived the second half of his life in Santa Monica, speaks with Dennis Bartel in a conversation that ranges from Isherwood’s boyhood and his expulsion from Cambridge to his conversion to Hinduism.

Please note: DJB’s interview with Christopher Isherwood has been selected to appear in the forthcoming book Isherwood in Transit. In deference to the publisher, The University of Minnesota Press, we at djbartel.com, including Dennis, have decided to withdraw the interview (in both written and audio forms) from our website until after the book’s publication June 9. 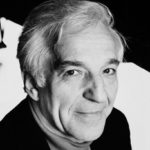 James Bartel interviews the Russian-Icelandic pianist-conductor who talks about Sibelius. Ashkenazy had already completed a recorded cycle of the seven symphonies, and was on the threshold of starting a second. Hear Ashkenazy talk about the composer and tell of a symphony which Sibelius wrote but which was never heard.
Click here for audio. 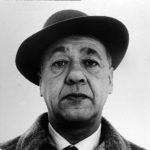 DJB talks with one of the founders of French avant-garde theatre. If ever you’re looking to see the world as it is, rife with corruption and decay, if ever your meaningless life feels like the same five actions over and over forever, if ever you want to be reminded death comes for each of us individually, but you still want to sort of laugh, Eugene Ionesco is your man.
Click here. 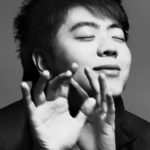 The superstar Chinese pianist was just blasting off in America. While the crowd, the hoi polloi, enthusiastically embraced Lang Lang for his energy and style, muttering pundits were mercilessly attacking him for his weaknesses, as if teenage pianists should not have weaknesses. In this environment, James Bartel interviewed Lang Lang.
Click here for the audio.

Waist-deep in his forties, DJB became a first-time father. Read about some of the changes he went through, and take a look at the magazine profile which stamped him with the title “Classical Dad.”
Click here.