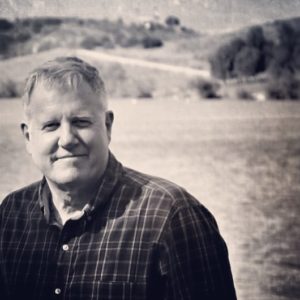 A writer with uncommon range, Dennis James Bartel has written about a rainbow of subjects, from Pittsburgh contract killers, for which he won a top press club award, to Parisian cemeteries; from Maryland maple syrup farming to a Pennsylvania pagan farm; from Israeli education to the Gulf War; from a notable abortion protest trial to the forgotten history of Knabe pianos; from the lofty striving of Beethoven to the messy remains of homelessness. He’s written about life in a Sikh ashram; about Charles Bukowski, Davy Crockett, Lawrence Welk, Henryk Górecki, Kurt Vonnegut, James Dean, Tchaikovsky in America, Cesar Chavez in boycott, and Richard Brautigan in death.

DJB’s work has been published by Harper’s, Hustler, Time-Life, Mississippi Valley Review, Doubleday, Stagebill, Windsor Review, Libido, Aji, and a great many magazines, journals, newspapers, and other enterprises in New York, Los Angeles, Washington, D.C., San Francisco, Baltimore, and abroad in Paris and Moscow. Bartel served as co-commentator for the ABCNews.com coverage of Princess Diana’s royal funeral. He produced the worldwide nightly radio coverage of the Olympic Arts Festival in Los Angeles, Summer ’84. Dennis taught writing for more than a decade at The Johns Hopkins University and the University of Pittsburgh. He was called a “great teacher” in The New York Review of Books.

“It was my distinct pleasure to read Dennis James Bartel’s collection. They are stories in the classic manner, scale models of a world that is both peculiarly Bartel’s and a dead ringer for our own, replete with the flawed, pathetic, lost and yearning characters, at once drowning and exulting in life’s ironies, who populate the tales of the modern masters of the form. His style has the sunny, effortless air of true literary art, casting sharp and profound shadows.”
Michael Chabon, winner, Pulitzer Prize for Fiction, 2001

Voyeurs was originally published in 2007. The expanded 2nd edition was issued in 2018 by The Gramercy Press. Click here for more on Voyeurs.

“Sacred and profane to extremes . . . it drips with sensuality, beams with spirituality, and evokes a time of probing innocence which once appeared bright as a third-eye revelation, but is now past and buried with a generation’s discarded relics. It is a perspicuous, knowing, and wickedly funny novel.”
Click here for more on High’d Up.

Bartel earned a B.A. degree from USC, where he studied with Mark Harris, author of four classic baseball novels, including Bang the Drum Slowly, and It Looked Like For Ever. Dr. Harris was a mentor to Bartel until the end of the distinguished author’s life, and trusted Dennis with a copy of his last novel, for which Mark did not seek publication. Bartel’s second (forthcoming) novel You’re Supposed to Catch the Ball is dedicated to Mark Harris. After USC, Dennis continued writing and earned a Master’s of Fine Arts degree at the University of California, Irvine’s prestigious Writing Program, headed by Don Heiney and Oakley Hall. This was followed by a Master’s degree in English at the University of Pittsburgh, where he studied with Dr. Myron Taube.

Dennis Bartel, aka James Bartel, is widely known as one of the preeminent and most innovative classical music radio announcers of the past three decades, having served multi-award-winning long-term tenures as an anchor DJ for stations in four major markets, Los Angeles, Pittsburgh, Baltimore, Washington, D.C., and again in Los Angeles. His local, national and international radio work has been well recognized for excellence. Dennis declared years ago he chooses to no longer accept awards, thank you. “They cloud my vision,” he says.