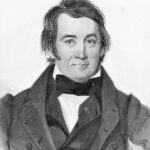 Notes from East Tennessee. Travel writing from DJB, as Dennis visits the birthsite of his coonskin childhood, and through the blue haze of Tennessee discovers an idol’s reemerging humanity.
Click here.

Who’s Who in Gurus

At age 30, DJB lands a cover story with Harper’s Magazine (November 1983). Heady times for the young writer. The volume and intensity of attention makes it clear he’s touched a societal nerve. Read how his career achieved transcendence. Click here to open PDF file. 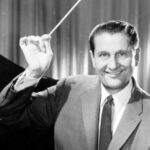 At the passing of the loony old bandmaster with his middle-brow music and bubble machine, Dennis Bartel discovers something about Lawrence Welk’s appeal to elderly folks which is news to him but long-known by many of his new friends in “old-age homes.” Click here.

Of Mice and Mail 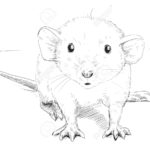 Long ago, in a time before cyber shopping, prior to every holiday, but especially in the run-up to Christmas, catalogues flooded every consumer-happy household. Today, catalogues are going the way of newspapers and credit card statements, but mice will always be with us. Read DJ Bartel’s illuminating account of the two’s cross-fertilization. Click here. 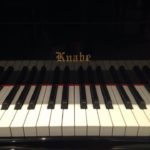 Written for Maryland Magazine during its heyday, 1992, this splendid article by Dennis Bartel was among the first extensive studies of the pioneering American piano manufacturer. Over the years, this work has become Bartel’s most cited publication in music histories. Click here. 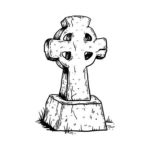 Travel for DJB has usually been an excuse to write about someplace new to him. Read what he and Erin found in Paris five months before their wedding: dead American artists, buried in Paris’ two great cemeteries, Père-Lachaise and Montparnasse. Click here. 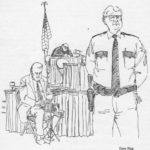 Dennis Bartel covers one of the largest trials in Pittsburgh history, as the “Abortion 68” learn the ways of justice. The time is April 1994. The New Journalism of Tom Wolfe, Joan Didion, Hunter S. Thompson, Gay Talese, as well as grandfathers of the movement, Truman Capote and Norman Mailer, has passed its peak vogue. New Journalism has been absorbed into the bloodstream of mainstream journalism and runs through the veins of a new generation of writers. Click here for more. 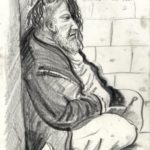 DJB, writing as Pru Holt, takes aim at local merchants who attempt to send their homeless neighbors running, in one of his several published tracts on a modern American problem that only seems to get worse with time. Click here for more.

A week after the above story was published, DJ Bartel wrote a longer, greater detailed account of homelessness in his neighborhood for a national audience, including much more on homeless advocate Mitch Snyder.
Click here for more.

Dennis takes us inside a Baltimore soup kitchen and outside onto the streets to hear from its patrons in this iconic radio documentary.
Click here to hear this nationally recognized half-hour radio doc. 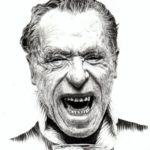 Upon the death of DJB’s former tote board watching friend, he wrote this appreciation, and managed to do the near-impossible: quote Bukowski without including an obscenity, or several. “Word of his death was all over the mass media, as word of his books never was.”
Click here. 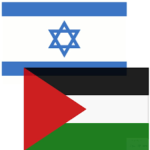 DJB reports from Israel as he travels in the Middle East. In this first of a series of observational pieces, he details the violence in the Land of Milk and Honey, from Tel Aviv to Galilee, which goes largely unreported in the U.S.
Click here for more. 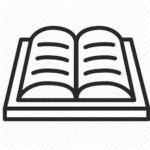 More from Dennis in the Middle East, as he reports on the ills inflicting the Israeli education system, which look strangely like those ills which cause concern back home, with one meaningful difference, unique to Israel.
Click here. 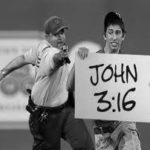 DJB contemplates the intersection of sport – scripture – and the efflorescence of young bodies. Where can you find John 3:16? On the field of play? And do you know where in the Bible you can find the book of Philemon?
Click here.

James Dean – Too Fast to Live, Too Young to Die 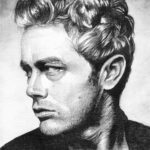 DJ Bartel takes a wild ride with the movie icon. First, he immerses himself in the James Dean trilogy CalJimBick. Next, he watches the man behind the persona. Finally, DJ revs his engine and off we go, chasing the myth that never dies.
Click here. 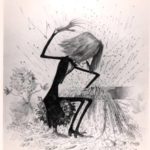 The story of Franz Liszt’s fateful musical duel with the virtuoso Sigismond Thalberg, as told by DJB using similar techniques employed by Liszt to music of other composers, making it his own. The year was 1836. In San Antonio, the Alamo was falling; in Paris, Liszt stood his ground to fight his own enemies.
Click here.

This photo essay with Erin Kyle represents DJ Bartel’s last published work before leaving the east coast and returning home to L.A., 27 years to the month after he left L.A. at the age 27. The essay appeared in Maryland Life. Erin & Dennis find three distinctly different stations who still do radio the old-fashioned way, they care about it.
Click here. 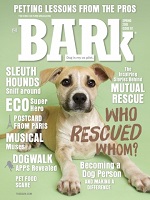 Comments from the author on “Classical Dogs” – “I sold this doggone piece to the classical music mag BBC. They held it a year or so, then sent it back, saying they ultimately could not use it and I was free to do with it as I wished. I decided I was probably wasting my time with music magazines, and found the wonderful BARk Magazine, located in Berkeley, California. I think you’ll agree, it is a most literate and humane publication.”
Click here to open PDF file in separate browser tab.

The Nutcracker – Dark Spirits in the Christmas Lights 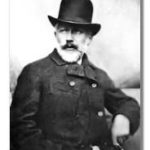 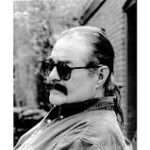 With the passing of Chuck Kinder, author of Honeymooners: A Cautionary Tale, and the model used by Michael Chabon in his novel Wonder Boys for the outlaw-writer Grady Tripp, DJB offers a remembrance of his late mentor. Click here.