As newspaper editor, as program director, as editor of literary journals, as a producer of radio broadcasts, and as a teacher of writing, I have often been in a position to help writers get their work more widely read, or heard, not in the spirit of commerce, in the spirit of common empathy. In that spirit, let me introduce to you two hard working, serious poets, writers who sweat the details, write poetry for the love of writing poems, and whose lifelong work deserves our respect. 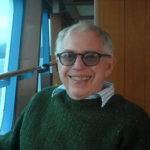 I’ve never known Michael Shepler as a friend. I can recall only once being in the same room with the great poet, in 1978, ’79, or ’80, when I served as editor for Statement Magazine, the literary journal of Cal State L.A., and we were publishing Michael’s poems, eleven in all. Neither of us had much to say to one another, there in the chaos of a large meeting. That was all.
Click here for more.

Mark Heyman was a poetic genius, and a friend of mine.
(More coming soon) 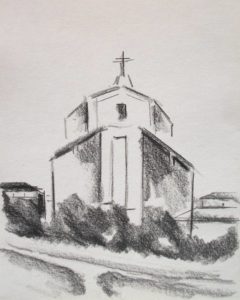 Take a look at an astonishing retirement project by my friend Ralph Conde. Scholars will find it essential to any exhaustive study of the history of churches in the Eternal City, while lay admirers will get a full-bodied look into the history of the Catholic Church.
Click here for more.