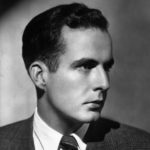 By now, the second movement Adagio of this quartet has become a work of great American pathos. In its orchestra form (transcribed by the composer) the Adagio for Strings was the first American composition to be played by Toscanini and the NBC Symphony. It was performed at Franklin Delano Roosevelt’s funeral. The essential American qualities found in the Adagio are akin to those in Edward Hopper’s paintings and Robert Frost’s poetry. It is no more complex than the hard blue sky of Kansas. A single theme begins in the first violin and is taken up by the other strings. The climax is searing. The theme returns, and the Adagio is resolved. As simple and perfect as that.

The Adagio’s emotional directness might be said to overwhelm the rest of the quartet, but the first movement, Molto allegro e appassionato, also commands our attention., Its language is the rhetoric of the highly schooled, and its authority comes from sturdy Germanic ponderosity. The final part of the second movement, Molto allegro, is a succinct reintroduction of first movement material, bracing us in the aftermath of the Adagio.

And what of the composer, Barber? Shall we presume from his lifelong self-effacement the composer might have preferred to be inconspicuous when his music was performed? Perhaps it is enough to say Samuel Barber receive nearly every major award Americans give to encourage, support and honor native musicians. When he wrote Op.11 in the late summer and early fall of 1936, Barber was in Austria on a Pulitzer Traveling Scholarship.