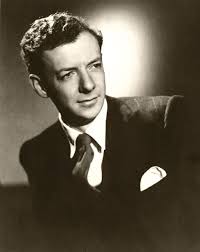 Lord Britten’s Second Quartet, like his best-known work, The Young Person’s Guide to the Orchestra, is infused with the spirit of England’s greatest composer of the 17th century, Henry Purcell. It was written to commemorate the 250th anniversary of Purcell’s death.

The first movement begins with a wide-spaced ascending motif, out of which the movement grows, with themes stemming from one another. Later in the movement much of the material is restated simultaneously. The second movement opens with blasts of sound, then settles into a scherzo of melancholia.

The finale hearkens back to the ground-bass Fantasies for Strings of Purcell. It is a succession of 22 continuous variations on a nine-measure theme. Britten separated the variations into four sections, “in which the theme is reviewed from (a) harmonic, (b) rhythmic, (c) melodic, and (d) formal aspects.” Following a tour de force solo violin cadenza, the final three variations serve as a coda.