Never mind, Verdi or Wagner. Forget about Offenbach and Strauss. Where it came to musical productions for the stage, this Great Composer had more performances of his works and was more popular than all others in the 19th century. He grew up in Germany, learned his craft in Italy and plied it in France. What’s his name, this Great Composer? 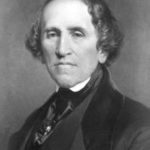 Answer
Time’s up, pencils down. The Great Composer whose box office out-shined Verdi and Wagner, and anyone else you could measure him against in the 19th century. The answer is Giacomo Meyerbeer. Alas, Meyerbeer fell out of favor. What happened? Wagner happened. The younger man was 27 when he met the master. Meyerbeer helped Wagner immensely. He gave him money. He secured first performances for Rienzi and The Flying Dutchman. Speaking of Rienzi, produced two years after the two men met, Wagner had drawn so much from Meyerbeer Rienzi was called “Meyerbeer’s best opera” by Hans von Bulow. 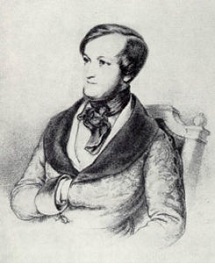 Inevitably, Wagner grew jealous of Meyerbeer’s popular success, and after Meyerbeer declined to give Wagner yet another loan, the future musical voice of Nazi Germany mounted a viscous, unrelenting campaign against the composer of Le prophète, Les Huguenots, Robert le diable and many other French opera fan favorites. (Under a pseudonym, Wagner published an essay called “Jewishness in Music.”) Wagner’s attacks were taken up by his followers and as he gained notoriety his iniquitous antagonism deepened so that not only did it drive Meyerbeer for cover before his death in 1864, but Wagner’s hatred of Meyerbeer is seen by scholars as laying the foundation for the antisemitism that sprang from the Third Reich.