This time, it’s a Quiz about the appropriate response to a music critic. This Great Composer had more than his share of failures early in his career. Three operas crashed and burned by the time he was 41, when finally an opera began to gain traction and after a time rose to the level of a success. But the success was not without controversy. Most observers felt that it was a giant leap forward for our Great Composer, and one critic thought the new opera was such a giant leap he doubted our Great Composer even wrote the opera. Upon hearing this, he challenged the critic to a duel. So who was this offended man of opera, this Great Composer? 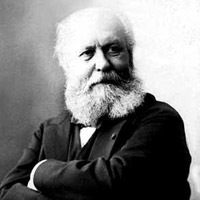 Time’s up, pencils down. The Great Composer who challenged a music critic to a duel after the critic wrote he didn’t believe our Great Composer had written his masterpiece. (The critic’s name appears to have been lost in the ashes of time.) The answer is Charles Gounod. The masterpiece was Faust, the opera that three decades later would become the first opera performed at the Metropolitan Opera. By the way, after Gounod threatened to shoot the critic, the man withdrew his statement about the authorship of Faust.