This time, it’s a Quiz about how good academic work pays off.  This Great Composer was interested in much more than just music. He studied literature, philosophy, languages, and he had a keen interest in classical literature. He even translated the ancient roman played by Terence’s Andria for his tutor, when he was 16. The tutor was so impressed he had it published, and this translation qualified our great composer to study at the great university, where for three years he attended lectures by a world-renown philosopher. So who was this well-rounded student, this Great Composer? 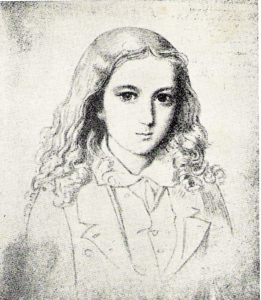 Time’s up, pencils down. The Great Composer who at sixteen translated Andria, the first of the six comedies of manners by the ancient Roman dramatist Terence, which qualified Felix to study at the Humboldt University of Berlin, where from 1826 to 1829 he attended lectures on aesthetics by Georg Wilhelm Friedrich Hegel. It’s Felix Mendelssohn, the young genius who also made his public performance debut as a pianist at age nine, and while a teenager befriended the aged (and admiring) Goethe.