This time it’s a Juneteenth Edition. This Great Composer recently won the Pulitzer Prize for Music for a which the Pulitzer committee calls, “A courageous operatic work marked by powerful vocal writing and sensitive orchestration that skillfully transforms a notorious example of contemporary injustice into something empathetic and hopeful.” So, who was this prize-winner, this Great Composer? 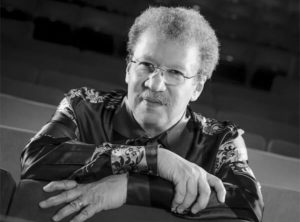 Time’s up, pencils down. The Great Composer who on May 4th won the Pulitzer Prize, for an opera about the Central Park Five, black men convicted of assaulting and raping Trish Meili, a 28-year-old white investment banker jogging in the North Woods area of Central Park, an April 19, 1989. The men all served time, and those still incarcerated in 2002 were released after convicted serial rapist and murderer Matias Reyes, serving a life sentence at the Auburn Correctional Facility, pleaded guilt of the crime. (He said he had found religion.) The answer is Anthony Davis, and his opera The Central Park Five, with libretto by Richard Wesley. It was premiered in June 2019 by the Long Beach Opera. It is the eighth work for the stage by the Harvard-&-Yale educated Anthony Davis, who said, “I’ve done my career creating political works, and I never thought I would ever get a Pulitzer.” Among Davis’s previous works are X, The LIfe and Times of Malcolm X (1986); Tania (1992), about Patty Hearst and the Symbionese Liberation Army; Amistad (1997/revised 2008) about the 1839 slave mutiny which reached the United States Supreme Court, which ruled in their favor, thus freeing them; and Lear on the 2nd Floor (2012) which tells the story of King Lear from the viewpoint of a woman neuroscientist suffering from Alzheimer’s disease.

Click to hear an excerpt from The Central Park Five.