The Great Composer Quiz – Taking the time to write it yourself. 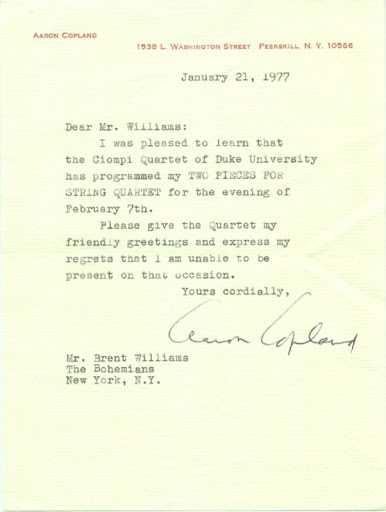 Time’s up, pencils down, the Great Composer who composed more than 800 letters over 65 years, revealing himself in his correspondence, according to his co-autobiographer, Vivian Perris. The answer is Aaron Copland. He wrote most of his letters himself, but two times in his life Copland had the services of a secretary, while at work on the score for North Star, a 1943 anti-war film produced by Samuel Goldwyn Productions and later while working in London the publisher Boosey & Hawkes provided Copland with a secretary, and during these times he dictated letters to the secretary, though they were not as good as when he sat down himself and wrote them.