Check out a panel discussion, “Civil War to Civil Rights”

Time’s up, pencils down, the Great Composer who wrote operas about Walt Disney and Dr. Martin Luther King, Jr. His “King” originally did not have Dr. King in it. As commissioned by the San Francisco Opera, Appomattox was about the Confederacy’s surrender and features several historical figures including Generals Grant and Lee, President Lincoln and Mary Todd Lincoln, as well as Frederick Douglass. Eight years later, 2015, the opera was re-commissioned by the Washington National Opera and expanded from an hour-and-a-half to two-hours-twenty minutes, and the story line was advanced to 1965, with various famous characters added such as President Johnson, George Wallace, J. Edgar Hoover, as well as Dr. King and Coretta Scott King. 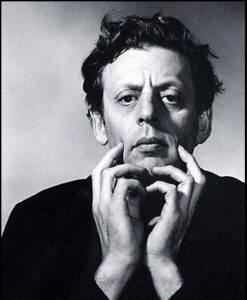 The answer is Philip Glass, who between the two versions of Appomattox, 2011-12, composed an operatic adaptation of Peter Stephan Jungk’s novel Der König von Amerika (The Perfect American) about Walt Disney in his final days as a maniacal racist.

Next Quiz – Keeping up with the advance of technology.