The Great Composer Quiz – An Outcast in His Own Home

Time’s up, pencils down, the Great Composer who said his country was becoming “more and more philistine towards music.” If you don’t know and are trying to figure it out, your likely answer is Schumann, if for no other reason than the use of the word philistine, which the composer of the Rhenish Symphony often tossed around. But Schumann’s music was generally successful in his native Germany, and it certainly was not popular in Russia, though his wife was a hit with Russian audiences. Our Great Composer continued, “The more I see of foreign lands the less I love my own. Art, in my country. is dead; so I must go where it is still to be found. 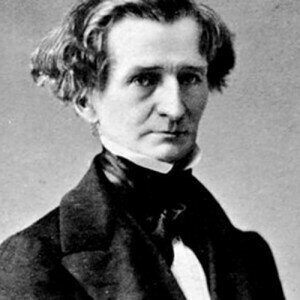 The answer is Hector Berlioz, who traveled to Russia twice. The first trip was in 1847, a few months before Berlioz turned 44. The previous year he had composed his Damnation of Faust, and it failed miserably in Paris, leaving Berlioz in financial ruin. He went to Russia with the score because he had heard that back in 1841 an elaborate production of his Requiem had caused a sensation in St. Petersburg. He gave one performance of Damnation, and wrote home to Paris with news of his success, pushing Parisian music critics hard to let the French know the Russians loved him. Berlioz’s second trip to Russia was twenty years later, 1867-68, when he conducted six concerts, but by then Berlioz was in poor health, and anyway he was mostly finished with his career. He may have been surprised to learn his music was having a profound effect on Russian composers, such as Mikhail Glinka, and members of “The Mighty Handful,” young nationalist composers who were among the first to write music using their own Russian voices. Mily Balakirev was among the most fervent lovers of Berlioz’s wild music.