The Greatest Gridiron Roster in the History of the Game

Regardless of who wins the Super Bowl, they will still have to beat this squad to prove themselves champions, The Classicals. 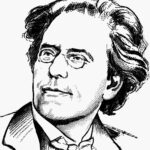 CENTER – G.Stav Mahler. Awesome athletic skill set for a center, even after a decade wayfaring from team to team. Quick interior lineman, a titan who can single-block defensive tackles in pass protection. Intelligent, with a work ethic that is the very song of the earth. Snaps the ball with erratic velocity. At this stage in his career you expect Mahler to be scheme versatile, but last off-season he heard the magic horn’s call of youth and resurrected his blocking skills. He can still match up on speed rushers, and anchors well against the blitz. Strength: hammer blows blockers at the point of attack. 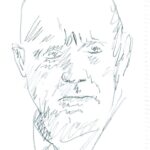 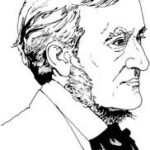 LEFT GUARD – Dick Wagner. Hard working, veteran interior lineman, quick off the snap into his blocks, though his blocks often lack a tonal center. Tough, plays banged up. Mean streak on the field and in the clubhouse. Plays with extreme chromaticism. Off-field distractions limited his playing time this season, but he’s rested and can play up to eight hours or until the fat lady sings. 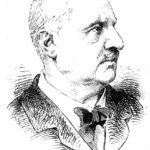 RIGHT TACKLE – A.Ton Bruckner. A good but not elite athlete for the position. Agility is average to below average, but his exceptional strength and stamina allows him to overwhelm defensive linemen late in the game. Bruckner is often on the balls of his feet, his hands down, passive rather than initiating contact. His footwork is unorthodox. His feet stop too often, especially upon contact, but his creative logic often overcomes all of this. 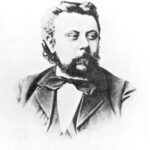 LEFT TACKLE – Moose Mussorgsky. A mountain of a run blocker, but has difficulty covering the quarterback’s blind side. On passing plays he’s protected by tight end or halfback. Mussorgsky doesn’t move his feet enough to stay in front of an outside rush. He often fails to remain square to the line of scrimmage and does not finish the block, opening the gate early. When he’s in the game, expect the Classicals to stay close to the ground as a catacomb, with Mussorgsky putting on a blocking exhibition as they promenade four yards and a cloud of dust. 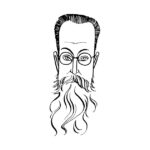 TIGHT END – Nick Korsakov. A coordinated big man with speed, strength, buzzing intelligence and durability (a record 1001 consecutive offensive plays). Finishes with good movement skills and natural hands. “Sultan of the Slant Route.” Since his days with Navy, he’s been known as a better blocker than receiver. He fires out like a golden rooster and fits his hands inside. Alert: the Classicals run a trick play with Korsakov, a tackle eligible, and trombone. 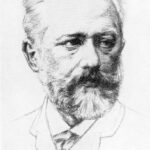 WIDE RECEIVER – Pete Tck. A great leaper. Excellent body control. Good route variety: symphonic deep-outs, concerto curls, In-n-Up operas, and a post pattern with which he averaged 18.12 yards per catch. Tchaikovsky runs his routes smooth as a swan on a glassy lake. Occasional “wow” catches, such as his victorious grab in the Divisional Playoffs, after a game-long duel with Moscow’s talented safety, Lensky. 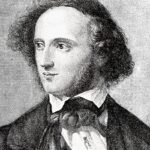 WIDE RECEIVER – Felix Mendelssohn. Radiates classical athleticism. Quicksilver acceleration and good lateral agility. A natural hands catcher with phenomenal ball skills. The speedy receiver will go up and get the football and is capable of making such dreamy catches, well, there are no words. Weaknesses: Showing signs of decline following his prodigious midsummer pre-season form. Slim build, needs to add more weight. Only a decent blocker, doesn’t like contact. 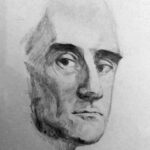 HALFBACK – Mo Ravel. An exquisitely balanced back with first-step quickness, elusiveness, combined with grind-it-out grit, rhythm and repetition. Can create and orchestrate for himself. Has a nose for the end zone and always finishes strong. Very hard to arm tackle. Hands as soft as goose feathers. Though it is only the result of painstaking work on the practice field, Ravel gives the effortless impression it’s all a Valse for him on the gridiron.

FULLBACK – LaVanius Beethoven. The future Hall-of-Famer is charging headlong toward another title to add to his heroic career. A stoutly-built back with quick feet and tremendous vision, LaVanius still makes a serioso burst to the hole and hits the line like a hammerklavier, running runs through tackles, rarely going down on first contact. However worn down he may appear, from age and infirmity, LaVB remains an elite one-cut downhill runner with speed and improvisatory open-field skills, capable of controlling games himself. 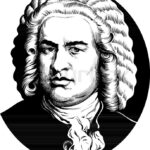 QUARTERBACK – Seby Bach. Football intelligence off the charts. Scans field and reads defenses like fugues, on the level of Manning, Montana and Monteverdi. Not the strongest arm, but Bach can drive the ball into the seam in front of safeties and make all the field-side throws with precision and reliability. Calm and aware in the pocket, his decision making is what makes Bach great. The more the pressure, the more tempered his focus. Shows faith in his wide receivers, and likewise Bach is trusted and protected by his teammates. 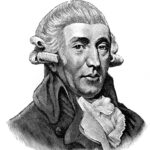 RIGHT END – FranJo Haydn, “FJ” to the media. Long on deceptive strength, this 6’6”, 294 lb. former All-Pro bench presses 104 reps of four movements. In college, F.J. also lettered in basketball and track & field, not so much by his native talent, but by relentless storm and stress, perfecting his skills, until, to the surprise to no one but him, he broke school records in shot put. Innovative, moved all over defensive line in both odd and even fronts. A bear of a pass rusher, by which I mean he doesn’t gain much ground with his first steps, gets hands in passing lanes when rush stalls, and relies on hustle sacks. Team-first attitude. 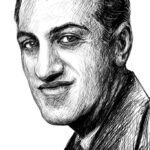 LEFT END – Gorgeous George G. Coming out of college, Gorgeous George heard from coaches and sportswriters alike that he got plenty of nuttin’ as an interior lineman. A run-around athlete still learning the game, Gershwin was sent down to play in Tin Pan Alley in an attempt to remake him as a cornerback. His response: “Why should I be a second-rate Deion Sanders when I could be a first-rate pass rusher?” With his athletic base end, broad padded shoulders, syncopated initial foot quickness, and jazzy twists and stunts, Gorgeous George not only became the Classicals’ starting left-end, but helped re-define what a three-down rusher could do coming out of the blue. 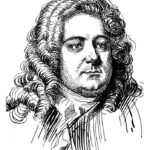 RIGHT TACKLE – Georgie F. Handel. In the mode of Alex Karas (though less Mad Duck than Mad Cuckoo), Handel feasts on space. Thick frame and the powerful upper body of a blacksmith, he bends well for a big man, and plays with Solomon-like leverage, yet despite girth and leverage the grosso 395-pound Pro Bowler can be inconsistent at getting push off snap, often largo, sometimes grave. Surprising ability to swat cut blocks (like splashing water in a wading pool), as he showed in the Classicals’ Wild Card Weekend win over the Italian Baroques. He sacked QB D. Scarlatti twice. Has the strength to dominate in the running game. Lit up scoreboards like fireworks with numbers of tackles and sacks in the regular season. Received the “Hallelujah” Award for defensive linemen, cited for his “endurance and consistency.” 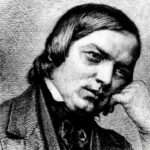 LEFT TACKLE – Bob Manshu. Passionate tackler when he’s squared up one-on-one, but sometimes gets lost in a crowd. Good play speed, generally under control, but will make mental errors. Below average take-on skills, hand usage limited by injury, needs to improve arm extension to keep snob-blockers off him. Competes through whistle and is not only physical against skill-position players but mimics them after a tackle. In mid-season, was demoted to suicide squad special teams. Teammates have asked publicly, “Who will show up come game day, Florestan or Eusebius?” If Florestan, look for an effective blitzer who has speed to chase Philistines to the sidelines and finish the play. 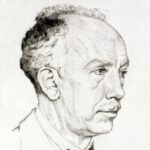 OUTSIDE LINEBACKER – Rich Strauss. More disruptive on quarterbacks than his career numbers indicate. Routinely pulls merry pranks on QBs and running backs while putting them on the turf, hard. Gets physical with blockers, and a violent hitter at times; knocked the head off Damascus’ guard John Baptist. Fast and athletic off the edge. Beats tackles around the corner with speed and darts back to the inside or uses a spin move. Plenty of shock in his hands, which he uses to shed blocks and bull rush now and then. Led league in holding and face mask calls. Vulnerable when runs come downhill straight at him. Experienced a metamorphosen late in his career and put together one of his best seasons. Announced his retirement following Sunday’s game, calling the playoffs his four last songs. Sports Illustrated says Strauss’s professional career represents Ein Heldneleben. Conversely, ESPN assessed the former Rutgers Scarlett Knight this way: “To Strauss the composer we take off our hats; to Strauss the man we put them back on again.” 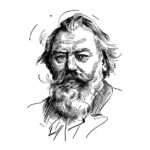 MIDDLE LINEBACKER – Joe “Busta” Brahms. Burly, stout, old-school linebacker. A badass thumper and instinctive D-back who can defend sideline-to-sideline, covers a lot of ground thoroughly, and is all over receivers who come into his zone. Not a twitchy athlete. Takes time to gear up after changing directions and can struggle to tackle jitterbug runners like Offenbach, Gottschalk and, his charge Sunday, Paganini. The rigorous, intensely constructed nature of Brahms’s play translates well to the practice field and the locker room. “He’s the type of guy you want on your team because he brings toughness to practice,” observed Coach Bartel. In college, was named winner of the Butkus Award (nation’s top linebacker) but backed out of awards ceremony, rubbing some the wrong way by the way he handled it, with sarcasm. 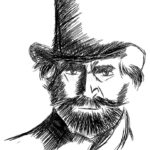 OUTSIDE LINEBACKER – John Green. Already among the league leaders in takeaways, also became a double-digit sack artist this season, with memorable hits on QBs Otello and Falstaff. In the final regular season game, which put the Classicals in the playoffs, Green beat Rossini off the edge with speed, putting the La Scala star tackle on roller skates. Green’s romantic athleticism is evident when he switches to deep coverage, can stay stride-for-stride with bel canto tight ends. Constantly around the ball, operatically opportunistic. Has a history of talking provocative smack. “The force of destiny shall lead us to the victory this Sunday,” says the Troubadour of Turnovers. 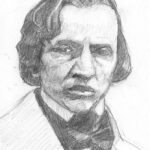 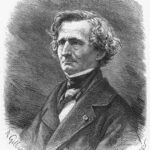 CORNERBACK – “Heck No” Berlioz. Playing in place of the injured Franky Liszt (hamstring), Berlioz is considered by some as the weak link in the Classicals’ chain of armor. Transitions only adequately from backpedal to breaking on a route. Sometimes plays through a straw (or a spoon or a blunt or a needle) and slow to recognize run plays headed his way because he’s locked in on (obsessed with?) receiver. No more than a will-o-the-wisp tackler. Fantastique top-end speed. Excels as a punt returner, with excellent suddenness to avoid traffic, and instant acceleration to escape from side door. As with most special teams players, Berlioz has relinquished his soul to the devil. 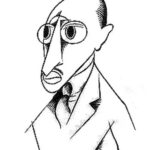 STRONG SAFETY – Igor Strava. Back from a two-game suspension following the riot he ignited in the Classicals’ win over Paris, Strava is the straw that stirs the drink. Endlessly adaptable to defensive schemes: 4-4 stack, 6-2 run defense, nickel, neo-classic, 46 defense (in which Strava is one of eight in the box), prevent defense, goal line, and more. The complete package. Vertical jump: 36 inches; broad jump 19’ 13”. Attacks ball at high-point. Has secondary motor for extended pursuit. Team co-captain, with Bach, and defensive leader, Strava is a veteran soldier of the secondary with tales to tell. 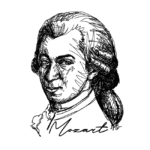 FREE SAFETY – Wolfy Mozart. The most incredible miracle in sports today. A playmaker, a chance-taker, a mover & shaker, perhaps the difference for the Classicals between late-season spoilers and playoff partakers. A magical ball-hawk with a closing spurt equal to the legendary Figaro’s from the old AFL. Energizes the defense with downhill, passive aggressive style. At his best when he can attack rather than sit back in coverage and process. Mozart’s tackling, pursuit angles and speed to the sideline suggest Wolfy is the “most instinctual” ever in the game, and key to his shutting down rushing attacks.