An Interview with Gunther Schuller 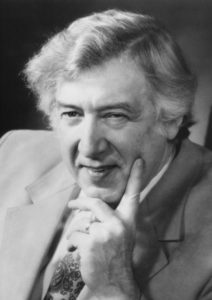 In December, 2005, the Library of Congress awarded Gunther Schuller its highest honor by naming him a Living Legend for his “distinguished career as a leader in both the classical and jazz traditions.” He joined such notable American artists as Harry Belafonte, Tony Bennett, Dave Brubeck, Johnny Cash, Yo-Yo Ma, Dolly Parton, Itzhak Perlman, Leontyne Price and Pete Seeger. I was offered the honor of interviewing Gunther Schuller prior to the award ceremony, for my radio station at the time WGMS, whose playlist had no room for this great classical music innovator. To be fair, neither did any other radio station I worked at allow Schuller’s music to air, except the one, 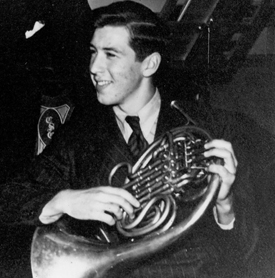 in Baltimore, where I called the programming plays. I had been a fan of his from my teens when I discovered the records of The Modern Jazz Society, which Schuller founded in the 1940s with John Lewis, and consisting of jazz players including Stan Getz, Percy Heath, J.J. Johnson, Jim Poole, Connie Kay and others. In the early part of his career, Schuller, a French horn player, scratched out a living playing in the pit at the Met. That’s where our conversation began.