High’d Up – Interview with DJ Bartel

High’d Up, DJ Bartel’s novel of lust and illumination, has received a second printing which is illustrated. First published in 2015 after decades in the making, High’d Up has been met by extraordinarily wide ranges of response, love & hate, revulsion & euphoria. On the eve of High’d Up’s re-publication, djbartel.com spoke with the author about his dynamic novel.

djbartel.com – Why the new edition?
DJB – Thanks for the first pitch softball. Watch me hit this one off the wall for a triple. About eighteen months after High’d Up was published, the company that published the novel went out of business, abandoning my book and countless others to the alligator infested waters. Amazon came to my rescue and offered me a chance to give the novel the chance it deserves.

djbartel.com – You mean the chance you deserve?
DJB – Not exactly. I’ve had many chances and been lucky to see chances go my way, enough to satisfy me. High’d Up is something beyond my chance success.

djbartel.com – Would you, by chance, care to say what that something is?
DJB – I’d rather not. Not now, anyway.

djbartel.com – Why not now?
DJB – Because it means too much.

djbartel.com – What does that mean?
DJB – Look, dude, please allow me to offer you some friendly advice, as someone who has conducted thousands of interviews. An interviewer can do better than to sit dumbly asking why, where, would you, and what do you mean. That kind of interview tells the interviewee, in this instance, me, you are just trying to get through this interview on a subject for which you have no interest, or in any event no interest in hearing what I have to say about it. Zappa said, “Being interviewed is one of the most abnormal things that you can do.”

djbartel.com – Really? Why is that?
DJB – It’s two steps removed from the Inquisition.

djbartel.com – I don’t feel like an inquisitor. Do you think we are putting you through an inquisition?
DJB – No, I suppose not. What is your next question?

djbartel.com – What is different about the second edition from the first edition?
DJB – Illustrations. They are mostly pencil drawings, except for a couple of antique photos.

djbartel.com – Illustrations of what?
DJB – Mostly the characters.

djbartel.com – How many illustrations?
DJB – How did I know you were going to ask that numbing question? All right, to appease your superficiality, I went through the new edition and counted. It was more than I thought. I estimated forty. There are sixty-three illustrations, and no guarantee there won’t be more. More important than quantity, I think the drawings lend clarity at the right moment. As pictures, how could they not?

djbartel.com – Who drew them?
DJB – Many people. More than I can remember. That’s part of pd. Names vanish until you either remember or you look them up. These days it’s mostly the latter. All of the artists are excellent. Their names should be known.

djbartel.com – Did you change the text?
DJB – No. I owe it to the reader not to mess with the words. The reader who reads the novel today, or the one who may read it in the future, can be assured she will read the novel as it was first published. Having said that, there were a handful of times while selecting the illustrations I found myself reading over passages, and changing the rhythm of a sentence, or the shape of a paragraph. I don’t treat the book like a sacred object. I made a few changes such as those with an aging craftsman’s satisfaction and without feeling the weight of absolutism, but I didn’t change the facts or context of anything in the novel.

djbartel.com – If there is one observation found in every assessment of High’d Up, a novel nominated for the Pulitzer Prize, it is how vivid the characters are in the reader’s imagination. Are you not cutting away at that vividness by giving the reader a literal picture of your characters?
DJB – You are taking that nomination and running with it. To be nominated for the big award is cheaper than most people realize. When I think of the Pulitzer Prize I’m always reminded of Charles Ives. Late in life, 1947, he was given the Pulitzer for Music, in honor of his Third Symphony. Or, not given so much as offered. Ives wrote the Symphony around the year 1910, when in his mid-thirties, but it received a revival performance in ’47, making it Pulitzer-eligible. Prize representatives from Columbia University came to Ives’s home in New Haven to present the award to the composer. Ives’s reaction came right from the legends of Stoic Self-Reliant Americana. He said, “Prizes are for children,” and closed the door in the faces of the Pulitzer committee. As for the drawings in High’d Up, the reader is welcome to view the drawings as reading aides, or in any way she chooses. At the least, I hope she finds them fun and useful, and maybe even somewhere to rest her eyes away from the blistering text.

djbartel.com – Her eyes? She chooses?
DJB – (laughs) Yeah, most readers are women.

djbartel.com – Have any readers called it that – unappealing?
DJB – Appeal is a word whose lips are dripping with the vicious syrup of advertising. I mean, it’s a perfectly fine word, but it has been co-opted by Madison Avenue and put to sexy use for the vile purposes of commerce. No, no one person has called the novel unappealing. That’s hardly a condemnation, anyway. Once, a James Joyce scholar called it, or rather called the first sixty-five pages, “masturbatory pornography.” That’s far from unappealing.

djbartel.com – Why only the first sixty-five pages?
DJB – That was all she chose to read.

djbartel.com – She had the complete novel to read?
DJB – It was an early draft, which I called something else. The first sixty-five pages, whew, raw meat. I can’t blame her for not liking it. It was a thesis for a college degree. She had the whole enchilada. Maybe she’d never tasted chili pepper sauce before.

djbartel.com – How do you know it was only sixty-five pages?
DJB – I was told as much by my committee chairman, who heard it from her as she was resigning from my committee.

djbartel.com – Have other female readers responded the same?
DJB – I’m not sure I could answer. As for our Joyce scholar, she never represented womanhood or femaleness to me. A professor is like a physician, beyond gender. Each is saturated in medicine or literature. A doctor can look at the most disgusting human catastrophe without flinching, has no time to flinch, only to act. The professor uses her discipline with equal readiness and thoroughness. For the professor, as the physician, gender becomes invisible inside their realm. Our Joyce scholar was a gentle, somewhat older, tenured prof. I took a Faulkner seminar with her. I wound up wondering if she had ever been out there with the bear. A brilliant interpreter.

djbartel.com – How did the Joyce scholar respond to the overriding religious themes in High’d Up?
DJB – She didn’t.

djbartel.com – Right. Only sixty-five. What about response from readers beyond the ivy walls?
DJB – Readers have been remarkably kind to me, considering that some of the book is an assault. More than half, I guess. Perhaps the entire book is an assault.

djbartel.com – An assault on what?
DJB – Name it.

djbartel.com – Is that what you consider writing to be, an assault?
DJB – You mean like that question?

djbartel.com – Just trying to show interest.
DJB – In my hands, anyway, writing is a tool used to tell the truth. That’s what I do. I am a truth teller. I dare to say so only because I have been a truth teller for four decades gradually learning the craft and the trade as an artist making my mistakes and discoveries right out in front of the world’s eyes and ears. Here’s one thing I learned. If the truth is an assault, so be it.

djbartel.com – And what is the truth? Your truth?
DJB – I am less guru and more journalist, and from what I have observed and experienced I think there are things in life about which truth, your truth, may be known, and how we arrive at truth defines our life. 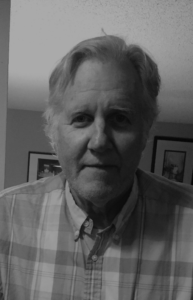 djbartel.com – Sounds a little muddy and transcendental. Can you give an example?

DJB – What is love? What is god? What, for godsakes, if anything, is sex all about? There’s three.

djbartel.com – On the other side love dangles by a thread.
DJB – Thank you, Croz.

djbartel.com – We’re catching onto you.
DJB – So I see.

djbartel.com – I assume all that means you feel High’d Up holds some kind of truth.
DJB – I think I prefer your softball questions – where, why, and how many? All I can say is, we all doin’ what we can. Interview over. Thank you very much. Please say hello for me to your lovely female reader.

For another, admittedly more extensive, interview with DJB click here.