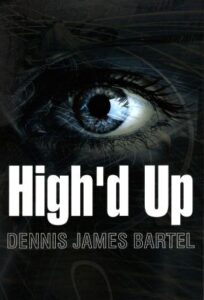 Sacred and profane to extremes, High’d Up tells a story of Sikhs and Schumann, of a young woman’s search and a young man’s escape, and a story of L.A. and the Nam. It drips with sensuality, zones with spirituality, and evokes a time of probing innocence which once appeared bright as a third-eye revelation, but is now buried with a generation’s discarded relics. It is a perspicuous, knowing, and wickedly funny novel.

With every generation, a handful of novels break rules so decisively they change what the novel can be. Lady Chatterley’s Lover, is one such novel, as is Lolita, Giovanni’s Room, A Sport and a Pastime, Portnoy’s Complaint, Fear of Flying, and A Boy’s Own Story, novels which however little they may have in common, they all shared one experience, shocking and disturbing many of their readers’ more proper sensibilities where it comes to sex.

High’d Up sits in the same barrel as these novels by Lawrence and Nabokov, Edmund White, Henry Miller, and Erica Jong. As Salter vividly took us to the French town of Autun, Bartel takes us to a shore-side mansion-ashram in Long Beach and into the world of American Sikhism. As Baldwin gave us the doomed Giovanni, Bartel gives us the twice doomed Robert Schumann. As Portnoy struggled strongly felt ethical impulses perpetually warring with extreme sexual longings, Meier’s ethical self is at war with his fornicating self. As the final pages of Tropic of Cancer vibrate with momentum, so the final pages of High’d Up reach their crescendo.