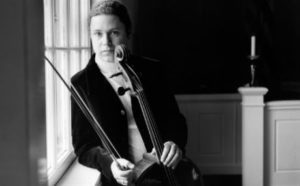 Matt Haimovitz is my idea of a free artist, one idea of many. In his youth he was trained at the highest levels artistically and intellectually (Juilliard, Harvard). Matt’s early promise was foreseen by a man with the deepest gravitas of all American cello teachers, Leonard Rose (“Matt is probably the greatest talent I have ever taught”). At thirteen, Haimovitz made his debut with a major orchestra (Israel Philharmonic led by Zubin Mehta), and at seventeen Matt recorded an album with the Chicago Symphony. He sold out concert halls, he won awards, Haimovitz’ career had liftoff. Matt used the opportunity his new fame afforded him and hit the bars, clubs and coffee houses, not to drink, to play Bach. Starting in 2000 with his Bach Listening-Room Tour which sold out nearly every seat and bar stool, Haimovitz has been performing classical music straight up to patrons who when they came out that night never dreamed they’d wind up listening to a Bach Suite for Solo Cello, or two, or six, or the Kodaly Duo for Violin & Cello. Then, to further escape the machinations of corporate taste-makers, Haimovitz started his own record company, Oxingale, where he has been free to explore & record music from composers ranging from Philip Glass to Pulitzer Prize-winning Chinese punk-classical crossover artist Du Yun, from Professor Augusta Reed Thomas of the Music Department at the University of Chicago to Led Zeppelin. 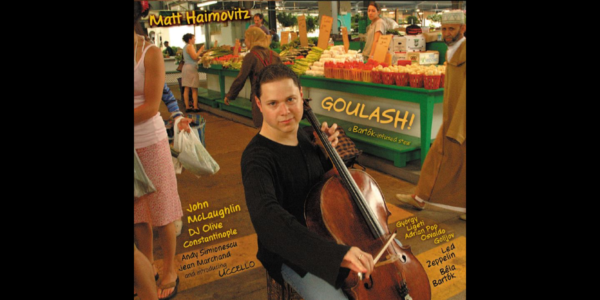