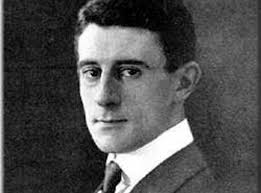 The “Impressionism” of Ravel, a term he seems to have never applied to his own music, contrasts sharply with that of his older fellow musicien français Debussy. Simply put, where Debussy is sensuous, Ravel is intellectual; where Debussy is emotive, Ravel is witty. If Debussy is Monet, Ravel is Degas.

Ravel was at first thought to have used Debussy’s String Quartet (1893) as a model, with its cyclic structure, radiant scoring and elaborate use of pizzicato. But the F Major Quartet, composed a decade later, is designed along more schematic lines and adopts a more formal manner. “My String Quartet,” he wrote, “represents a conception of musical construction, imperfectly realized no doubt, but set out much more precisely than in my earlier compositions.”

The first movement is in classical sonata form, with two themes that eventually dovetail. The second movement’s plucked rhythm may remind us of the fondness that Ravel, whose mother was of Basque descent, had for Spanish folk music (ie., Bolero, Rhapsodie Espagnole). The cantilena third movement is a study in calm quietude. The finale reintroduces themes from the first movement, and as legend has it, caused Debussy to exclaim, “In the name of the gods of music, and in my name, do not change a note.”

The String Quartet in F Major is dedicated to Ravel’s teacher at the Paris Conservatoire, Gabriel Fauré, whose advice to his pupil remains famous, “Make little noise, but say much.”