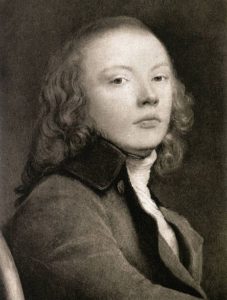 The teenage Mozart preferred to compose in gardens whenever he could. Birds were his favorite creatures. The blustery cold of Salzburg often kept him inside the family home but during three southern journeys the young composer took with his father most of his work was done beneath blue Italian skies.

In Bologna, during Mozart’s third journey to Italy, in the autumn of his sixteenth year, he studied counterpoint with the noble old maestro Padre Martini, who accepted the prodigy as an equal. Mozart came away with a mastery over the differences between Italian and Germanic traditions. Broadly speaking, Italian music aimed at tasteful entertainment and was largely homophonic (concentrating the melody in a single voice), while German music aimed at informed expression and was polyphonic (combining several voices, each with its own identity.)

Mozart’s Italian successes included two opere serie, and an audience with Pope Clement XIV, who awarded him the Cross of the Order of the Golden Spur. The famed Accademia Philharmonica of Bologna (Italy’s arbiter of all things musical, whose bylaws prohibited membership to anyone under age twenty) asked Mozart to demonstrate his fabled tremendous musical facility. He was given a liturgical chant, instructed to write a work in four parts based on it, and locked in a room by himself. “Many have spent as much as three hours over an antiphona of three lines,” has one account, “however he finished it in a little over half an hour.” Accademia members were reportedly “astounded” and voted Mozart into the Accademia unanimously.

K.155 is Italian in its sunny temperament and formal design. Modeled after the Italian divertimento (divertire: to amuse), the quartet follows the traditional fast-slow-fast three movement pattern. The first movement features some dressy passages for the viola. The second movement has a lyrical quality. The finale is a dancing rondo fit for any lively occasione Italianate.

K.155 is said to show intimate familiarity with the works of G.B. Sammartini, then an elderly Milanese composer who had likewise been astounded by Mozart’s gifts.