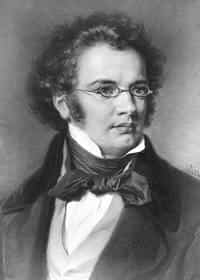 Schubert composed his D Minor Quartet during the March and April of his 27th year, as he remained confined to his rooms fasting. His only contact with friends was through letters, and these were grim. “I feel myself to be the most unhappy and wretched creature in the world. Imagine a man whose health will never be right again, and whose despair makes things worse rather than better.”

Despair and struggle pervade the D minor Quartet right from the fortissimo chords which open the Allegro with a burst. An agitated five-note theme is introduced promptly and pulses throughout the movement. A second theme, with the kind of lyricism commonly called Schubertian, is woven into the troubled fabric. Both themes are developed extensively in sonata form and the movement ends on a note that recalls Schubert’s state of mind: “Imagine a man whose most brilliant hopes have perished, to whom the felicity of love and friendship have nothing to offer but pain.”

For the second movement Andante, Schubert re-worked a theme from an earlier song, an 1817 setting of Matthais Claudius’ poem “Der Tod und das Mädchen” (Death and the Maiden). The somber theme in the song is that of the Reaper’s voice, replying to the Maiden’s plea to pass her by and not take her so soon. “I am a friend and do not come to punish,” says the fierce skeleton. “Be of good cheer!” Schubert spins five variations off this theme, each with its own desperation and resignation.

The Scherzo is a restless syncopated theme, only momentarily spelled of torment by a melodic Trio. The Presto finale begins with a hunting call played in unison, and among the abrupt stops and ironic tarantella rhythms there appears for a glimpse a phrase from another of Schubert’s songs, “Der Erlkong” (The Earl King), which tells of horror at a child’s death.

Schubert offered his D minor Quartet to the publisher Schott, who passed on it. It was published posthumously in 1831, by Czerny. Schubert did not give the work its nickname. Rather, throughout the 19th century the Quartet slowly took on its nickname, “Death and the Maiden,” by popular use. Schubert’s Quartet in D Minor has been performed on the Coleman Chamber Concerts seventeen times before today, between 1906 and 1983.