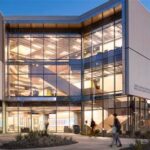 Last year, as part of the 70th Anniversary of Statement Magazine, the editors of the student-run literary journal at CSULA asked me to write a statement about Statement as the magazine operated in the late ’70s when I served as editor for three consecutive years. I obliged their request with following. DJB

Star-Spangled Statements of the ’70s

In the Bicentennial Year, I graduated from USC after five years completing work on two majors, the second of which was American Studies. I wanted to write, but upon tossing my tasseled mortarboard, I realized I was not writing well enough to win a precious seat in a grad school, nor to publish in any of the premiere literary journals. So, I chose to do what any new graduate and fledging writer might, I enrolled in a 20th century lit course a few miles south off the 10 fwy at Cal State L.A., where I met and befriended the manfully intellectual Golden Eagle (a poet majoring in Geology), Mark Heyman, who I quickly discovered was brilliant beyond my experience. Together, we set out on the impugnable venture of founding a literary quarterly of our own, The Gramercy Review. About this same time, Mark’s cheerful, rye-fueled literary rants persuaded two risk-taking faculty members in charge of Cal State’s annual glossy lit journal, Statement Magazine, which had established an annual presence on campus for over fifteen years, to let him take over its out-of-season clerical duties until a suitable editor came aboard.

The first of these professors was John Weston, then writing the prime of his many splendid novels (The Boy Who Sang the Birds, Jolly, The walled parrot, and Goat Songs). Rumor said, the tall, beachside handsome Weston had been a finalist for The Pulitzer Prize.

The other prof was a Cal State graduate from the early ‘50s, poet Henri Coulette. After studying at the fabled Iowa Workshop, Coulette returned to Cal State to teach and stayed the rest of his life, till 1988, age 60. Coulette’s debut volume, The War of Secret Agents of Other Poems (Scribner’s, 1965), won America’s highest honor for a first book of poems, The Lamont Poetry Prize. His second book, The Family Goldschmitt (1971), while praised by reviewers, suffered a cruel fate. Nearly the entire original print run was accidently pulped. Scribner’s declined to reprint Goldschmitt. 42yo Coulette, decimated, succumbed to alcohol, and never published another book, which is not to say he stopped writing. Occasionally, only weekends, Henri staggered shockeyed into the Cal State English department and encountered Mark Heyman and me, and sometimes John Weston, who greeted him, “You’ve been writing today?” Henri had been writing, though world never knew about his writing, not until an astonishing volume of Coulette’s Collected Poems, edited by Donald Justice and Robert Mazey, was published posthumously in 1990 (University of Arkansas Press). Click to buy. https://www.amazon.com/Collected-Poems-Henri-Coulette/dp/1557281459

Mark demurred at the Statement editorship (Spring, 1978) when it was inevitably offered to him. He wanted not to publish but be published. Instead, the job fell to me, not for my writing but for my Gramercy-honed editing skills. (The quarterly had blasted off splendidly to satisfying fanfare.) I began compiling an Index of all contributors to Statement since the journal’s first number, 1950. It was grinding, back-breaking discovery work, but rewarding. I felt I owed it to those brave writers who had bared their souls on the pages of Statement, perhaps never to be heard from again in print. Every issue was uncovered (many could not be found in the CSLA Library), but alas a few contributors went missing, somehow, and those missing let me know it.

The Statement editor’s agenda also included, of course, selecting which works to publish, from submissions a foothill high. Instead, as per Gramercy, of deciding with one co-editor which specimens of literary art to choose, I collaborated with several Statement associate editors, students, all of whom had passionate stakes at play, their own. It was a humbling three-year lesson in diplomacy. The second year, I even hid from view, editing under a pseudonym. Out of the scrum emerged excellent work by a few fine young writers, notably a story by future acclaimed novelist Helen Viramontes, a handful of brilliant poems by my doomed friend Mark, and verse by a singular great poet, Michael Shepler who has since produced a lifetime body of poetry as quietly profound as e e cummings’s or that of Shepler’s mentor Henri Coulette.