The Magic Flute Without Myths 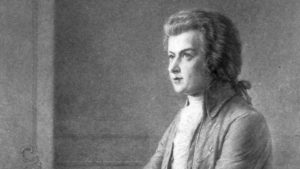 These things we know for certain. It is the spring of 1791 and Mozart is in desperate debt. He owes at least twelve of his brothers at the Benevolence Masonic Lodge, including thirty-thousand (in today’s dollars) to one member, while his annual income has dwindled by half to about forty-thousand. His wife of nine years Constanze is pregnant again, and ill; gone with their son to the spa at Baden for convalescence.

Faced with such straits, Mozart agrees to collaborate on a Singspiel (a German musical with comic patter) with an old acquaintance, Emanuel Schikaneder, a longtime singer, actor and all-around theater hack, five years older than Mozart. Schikaneder recently became manager of the Freihaus Theater on the city’s outskirts, so called because it is a free, as opposed to a court, theater, and caters to the lower brow tastes of Viennese suburbanites. Those tastes are partial to fairy tales with stock characters, exotic settings, and spectacles of stage magic and machinery. Schikaneder, whose chief concerns are openly and doggedly commercial, intends to satisfy all his customers’ tastes. Aided in small part by one of his actors, Karl Ludwig Giesecke, Schikaneder’s libretto is adapted from a popular oriental fairy tale of villainy and deliverance by Liebeskind called Lulu, or The Magic Flute, and a French novel by Jean Terrasson, Sethos, which depicts purification initiation rituals of ancient Egypt. Moreover, the stage at the Freihaus is equipped with an array of theatrical gadgetry, including three trap doors, and Schikaneder wants his and Mozart’s new Singspiel to use them to the fullest.

Mozart is given use of a small wooden hut in the theater courtyard in which to work. His daily needs are provided for: oysters and wine, and, rumor has it, ladies from Schikaneder’s troupe. By July 1, he completes Act 1. He is well into Act 2 when word comes of a commission to write an opera for the celebrations surrounding the coronation of Austrian Emperor Leopold II as King of Bohemia. It is guaranteed money, unlike Schikaneder’s Singspiel, which is speculative, so Mozart has no choice but to interrupt his work. In eighteen days he writes La Clemenza di Tito, a mannered, stilted affair for aristocratic palates, and in late August travels with Constanze to Prague for the premiere. Back in Vienna by mid-September, he is suffering from faltering health. His skin is yellowish and puffy, his eyes protruding. He has just enough time and energy to finish the Singspiel, dashing off the overture two days before the premiere on September 30.

Mozart conducts the first two performances, which the audience of 800 receives warmly, demanding that two parts be encored, and offering, in Mozart’s words, “silent approval” to other parts. Given the chance to write for the people, as opposed to the court, Mozart has delivered an egalitarian blend of musical styles like nothing before it. The birdman Pagageno (Papagei is German for parrot) is played by Schikaneder to folk-style Singspiel music. The Queen of Night delivers Italianate coloratura arias suitable to any European court. For Sarastro and the truth-seeking priests, there is solemn and painstaking contrapuntal music not unlike Mozart’s occasional works for Masonic funerals. To the lovers, Tamino and Pamina, Mozart writes the most pliant music, from naïve to sublime, for it is they who pass through transformations. The Viennese immediately recognize The Magic Flute for what it is: a humanistic morality fable clothed in the costumes of popular theater. An entertainment, complete with special effects.

It has twenty sold-out performances in October. For one, Mozart in the orchestra pit plays the glockenspiel obbligato that accompanies Pagageno’s aria “A little maid or wife,” intentionally mistiming it as a prank on the hapless Schikaneder. “Everybody laughed,” Mozart writes to Constanze, back at the spa, “and I think that many in the audience noticed for the first time that he doesn’t play the instrument himself.”  Schikaneder is reduced to shouting at Mozart from the stage, “Shut up!” 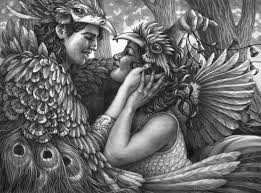 How pathetically prophetic. A month later Mozart is on his death bed. Each night as The Magic Flute is in progress he follows in his mind’s eye, watch in hand: “Now they’ve finished the first act…now comes ‘May our vengeance be a sacrifice to you, great Queen of Night!'” In his final hours, he sings in his weak voice the opening measures of Pagageno’s opening aria, “The birdcatcher am I, always merry and bright, tra la!” He dies December 5, age 35.

By the following November, The Magic Flute is staged for the 100th time, and will remain in the Freihaus Theater repertoire for many years, making a fortune for Schikaneder, which he will squander, while Constanze, who survives her husband by fifty years, sees none of it.

Then there are those things we do not know for certain, but to which speculation, both popular and scholarly, has given currency at one time or another. Was the major arcana of the tarot pack (the twenty-two picture cards) the determining factor in the creation of the twenty-two music numbers in The Magic Flute?  Was Mozart driven by an inner compulsion to advance the cause of German opera?  Is Tamino Neoplatonistic, that is, drawn in the reflected image of Orpheus, thus representing Plato’s ideas of a spiritual quest?  Did the Queen of Night stand for the late Empress Maria Theresa, who suppressed Freemasonry’s lofty consciousness; and Sarastro for the Age of Enlightenment scientist Ignaz von Born, a Mason, like Jefferson, Washington and Franklin?  Was the libretto altered significantly mid-way after Mozart attended a play similarly based on the Lulu fairy tale, causing irreconcilable incongruities in the plot?  Was The Magic Flute a misogynous stonewall, and Mozart “eternally seeking vengeance for having been, as a child, a learned birdcatcher, trained to catch harpsichord birds”?  Goethe warned, “It takes more education to appreciate the worth of this libretto than to deny it.”  Myths die hard, but seen in the harsh light of recent scholarship, these and other myths surrounding The Magic Flute appear as so much hyperbolic nonsense.

What has not been disproved, but now seems exaggerated, is the influence of the Ancient and Venerable Order of Freemasons. Mozart and Schikaneder delighted in dropping Masonic references, notably in the overture where the rhythmic sign of the Fellow Craft is played in the winds; in the symbolic figure three which dominates the opera; in an apparent attempt to reform the secretive all-male Order by asking that women be allowed initiation. What weight really are we to give to such things?  Mozart joined the “gorging and boozing” Benevolence lodge for its social benefits. Schikaneder drifted in and out of lodges with seeming indifference. For its own survival, The Magic Flute had to score at the box office. References to an esoteric Order likely didn’t help.

Instead, when hearing Mozart’s most serene opera, we may prefer to heed the words of Maynard Solomon, foremost in Mozartian studies today: “Mozart is one of those rare creative beings who comes to disturb the sleep of the world, to trouble our rest, to remind us that all is not well, that neither the center nor the perimeter can hold, that masquerade and reality may well be inter-changeable, that love is frail, life transient, faith unstable.”