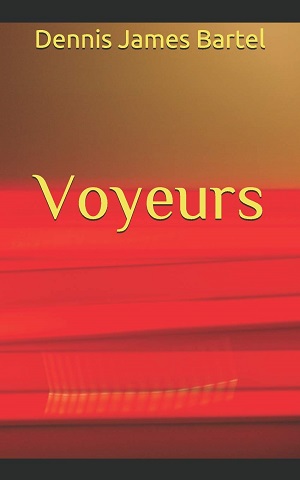 Voyeurs by Dennis James Bartel is a collection of fictional stories that describe the life and events of a variety of highly interesting and contrasting characters. In the first of the stories, we see Essel – who believes that the ice cream truck that makes its way down his neighborhood, timed to catch kids who play outside after supper, a case of gross manipulation. That’s what he does best – observe things and people around him carefully and catch the thought train or take a leisurely walk down memory lane to ponder over what he just witnessed. Professionally, he coaches teams of teens to compete in debate championships. This first story of the book gives us a glimpse into the everyday lives of these “debating” teens, their attitude, their feelings, their activities, and – of course – Essel’s take on all this.

The next story in the book, narrated in first person by the supervisor of a radio channel, is certainly another interesting one. We are introduced to Jack – a DJ so “cool” that he wears a fedora to work and smokes a camel shorty while he is at it; this is someone who interests the protagonist the most. This could primarily be thanks to Jack’s ease of manner as opposed to the protagonist’s measured approach to everything. It could also be thanks to Jack being in a relationship with Delphine – the protagonist’s one-night-stand at some point in the past. The protagonist – in his nosy, jealous way – often checks with Delphine over online chat and asks her how things are progressing with Jack. It’s like he yearns for some juicy piece of gossip and some sort of satisfaction that things are not going well. But, no. No such luck there. Things are going well between Jack and Delphine no matter what the circumstances. So what happens next? Does the couple continue their fairy-tale like relationship or does the protagonist get that juicy piece of gossip he’s hunting for? 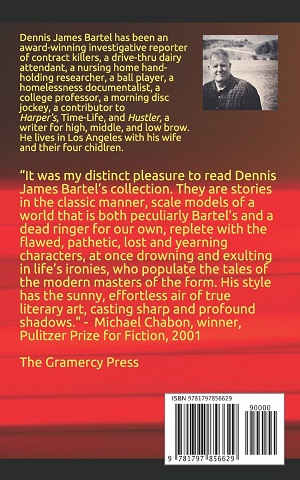 Bartel’s characters are all vividly described, so much that we see them in front of us as we read the words describing them. The impact of the decisions taken by each of the characters is realistically described and I was very moved by many scenes in the book – across all the seven stories. I could picture the setting of that radio station with its hardworking and sometimes sassy staff members and also the way (in one of the other stories) Beth was feeling when she awkwardly posed for some boudoir photographs.

The stories are totally distinct from each other and succeed in bringing to life a number of relatable characters. I found the way the author described the thoughts of the characters to be an effective way in which the reader could clearly imagine the other characters’ actions. Each scene of each story carries its own set of interesting details. The author is proficient at giving just the right amount of information to keep the story moving forward without going off-course. I felt like each story was short enough to make it a little more intriguing.

I found the writing style of the author to be very engaging, except for maybe the first story in the collection, which tended to drag for the most part. I also appreciate the fact that the author shows, rather than tells, us what happens next and allows us to guess what the character’s demeanor could be in each situation. The plots move smoothly at a regular pace and I became thoroughly hooked to most stories.

I rate this book 3 out of 4 stars. It’s a stimulating page turner with fascinating characters. Fans of stories written in an easy, artistic style, and wonderful characterizations will find much to relish here. This is one book that I thoroughly enjoyed experiencing.

The reporter steps out of the cold night and into a tent. Inside, he’s startled by an array of snakeheads, potions, and feathers, all owned by his host – a witch. The reporter, Dennis James Bartel is chasing a story. He’s spending a week on a pagan farm in central Pennsylvania, watching druids beat drums and dance around bonfires. During his tent visit, he slowly takes his seat across from his host – a witch – and conducts an interview, one that turns out to be among the best of his journalistic career.

This is just one example of what reporter and radio personality Bartel has done to get his stories. Whether it’s hanging out with motorcycle gangs, staring down murderers, or chanting with religious zealots, Bartel’s objective is to go beyond first impressions, separating truth from flash.

In his short-story collection Voyeurs, Bartel taps into his experiences as a reporter, infusing raw emotions and real-life desires into his fictional characters. In the process, he weaves his own magic.