After years of writing investigative journalism, articles about classical music, essays on the zeitgeist, erotica, and other adult pursuits, I found myself a father in the late 1990s. The birth of each of our four children was announced on WGMS, where I was Evening Host, and later Morning Host. The birth of our fourth child was even announced while we were still in the delivery room. Suddenly, instead of going undercover to report on society’s underbelly, I was being recognized as a praiseworthy dad.

The D.C. Breastfeeding Coalition awarded me a Certificate of Appreciation with thanks for “giving your support to breastfeeding mothers and thereby promoting the health of mothers and children.” I was named a D.C. Dad of the Year a few times by an organization I can’t remember, but I do remember being invited to read Dr. Seuss to children at Union Station. There were multiple times I helped ring in the Christmas season for many a good girl and boy at one Washington mall or another, including one time when Santa showed up drunk as a foul-mouthed, rummy-eyed elf.

Even as I was adapting to parenthood on the fly, I was being seen as a role model father. At times I feared I would be revealed for what I had been, and not what I was becoming.

This brief but highly visible profile in Washingtonian Magazine made it official: Your Friendly DJ was family friendly. After this, I had new standards to uphold. 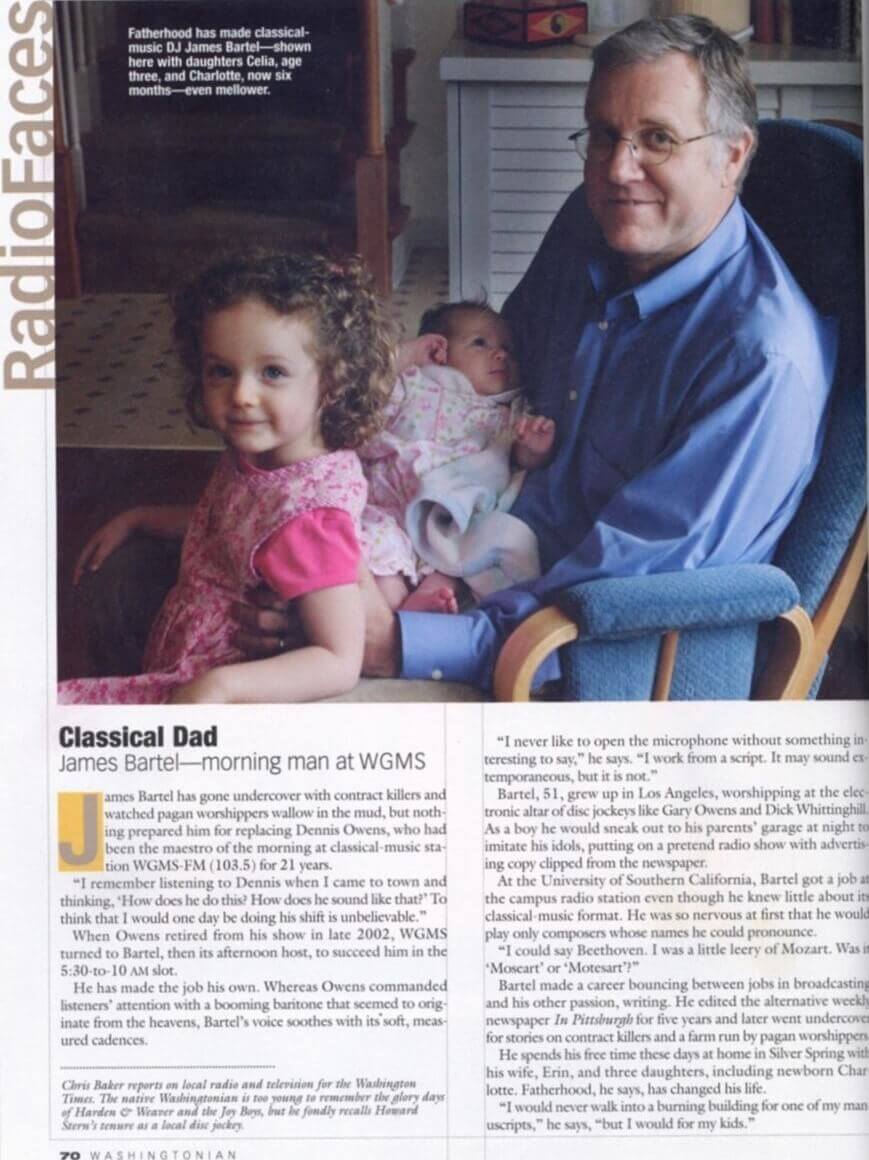